Yesterday we spent the day getting Jake juiced up on platelets and meeting with Doc H. It was a pretty good day for Jake as he loaded up on Chick Fil A and Oreo milkshakes and kept busy with play dough, Wii and movies.

The big news is that TCH has approved administering Sloan Kettering’s HD-ICE treatment to Jake. We will go inpatient the second week of September and we will be there at least a month. While this is ultimately good news, anxiety is high. Essentially, this is a stem cell transplant with a different combination of drugs, using a different name, for a kid that doesn’t qualify under normal circumstances. You can’t help but second guess every decision that is made when dealing with something like this.  His quality of life is really good ri

ght now for a cancer kid. There are so many ‘what ifs’. He will be so, so sick! He's going to come out looking like a different boy – a tiny, bald, skeleton of his little self. We feel a little as though we are rolling the dice and I don’t gamble, so gambling with our child’s life is almost sending us over the edge. Here's the turmoil… we've hit a fork in the road. One path we stick with what he's doing and have quality of life for a little while, never a cure, eventually we lose him, no question. The other path, we have horrilbe sickness, probable complications and infections, possible long-term side effects, BUT possibly, eventually, a cure. The odds are small but they are there. POSSIBLE = HOPE!  We were told in Chicago it's time to "go big or go home". So we're thowing all our cards on the table. This is as BIG as is available to him. Look at that face… we're going BIG!

Thankfully, there is a LOT to do before we are admitted so maybe the preparation will help with the nerves a bit. Jake will have his CT scan, MIBG scan and bone marrow biopsy next week, then he’ll have his EKG, ECHO, and GFR the next week, then be admitted the following week

So there we have it… another “new plan”. I think it’s about the 100th but I’ve lost count! Please, please pray that he has superhuman strength and his little body fights hard and fast so that the pain and sickness will be as short as possible. Pray that this delivers the punch we need to get to the next step in the process. Mostly pray for his little boy self… he’s wise beyond his years in ways no child should be. Someone commented recently that he has an old soul. I’ve heard this before, but at that very moment, it really impacted me and this sadness washed over in a way I can’t describe. You hear this used quite a bit toward cancer kids and I've never paid much attention, but I get it now. Pray for our kids as they put on a brave front – this is harder for them than they ever let on. Pray for Henry as he will have so many balls in the air. We’ve had a good go lately, without much hos 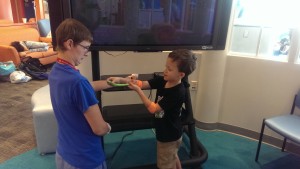 pitalization, so knowing that we are walking back into that world carries a load of dread. The first year we were swept in without knowledge or expectations of what we would experience. This time we know. I think it might be easier not knowing. Last, please pray that we can explain all of this to Jake in a way that he understands. He doesn’t feel sick right now so he questions if Mr. C is still there. I’ve worried that this would eventually hit. How do you explain to a six year old a sickness that he can’t see , when he feels pretty good right now?

Oh… one more little, BIG, prayer… pray that the BMT floor is full and we are moved to NINE!!! (That is our home away from home!) Grins 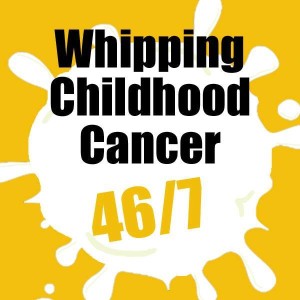 And a little something to get your wheels spinning… there has been such a great response to the ALS challenge that the pediatric cancer communtiy is following suit in hopes to bring awareness and raise money for research during September. We hope that it will get as much attention and people will have just as much fun participating… it's the Whipping Childhood Cancer's Pie in the Face Challenge. Leave it to kids to think a pie in the face is funny, AND WHY NOT?!!  In all they face, they are still just kids that want to play, giggle and have fun. What's better than a child's belly laugh and a pie in the face has a way of doing that for them. Here is the FB link with details but don't start till September!!! Let's honor those that fight ALS and give them their speical month to raise as much funds and awareness as possible. https://www.facebook.com/whippingchildhoodcancer or http://bit.ly/WhippingCancer

To close… here's a little something to make you smile, something that Jake wanted me to share… it's one of his favorite youtubes The Duck Song  https://www.youtube.com/watch?v=7jjcAuEYW9M

And here's to all us old timers. This song just keeps playing in my head, guess I can't help but go back to my roots sometimes. There's something truthful and somber but freeing, so just go with it… ADMIT IT, your singing!  Love Kenny!   https://www.youtube.com/watch?v=Jj4nJ1YEAp4