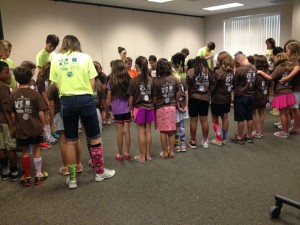 Another scan week is behind us and before I get into all of that I have to say a BIG THANK YOU to our church family, Trinity Lutheran Church. While Jake was at the hospital this week, our church's VBS was in full swing and my friend Gennie sent this picture of her group praying – they were lifting him in prayer. I can't think of anything more precious and touching than children praying for children and we receive notes regularly that your children are praying for Jake. This has moved me to tears on more occasions than I can count and this was no exception. There were a few sad mornings for Jakey knowing that he couldn't be part of VBS while his brother and sisters headed out but I was able to pop in and purchase a t-shirt yesterday so he could feel included and that brought a BIG smile. Each grade had a different color and he was elated that his was blue (big brother Ryan's was neon pink – you get my drift!)

As for scan results, I posted most of this on FB. I've added a little more detail here but there is a line below if you would like to skip past this part. The good news… Jake's lungs and liver are stable. In fact, it appears that one of the large spots in 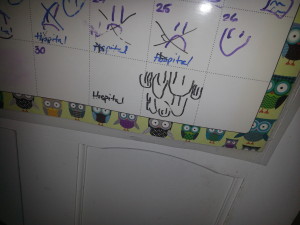 the liver is trying to dissolve. And there is now one good size spot in the lungs but the others are barely detectable. This is really positive in comparison to a few months ago when there were too many to count. There is nothing new in the bones, but there is question over an area in the leg… whether it's separating and spreading or if it's attempting to dissolve and just breaking into two areas. We won't know until the next round of scans. For the bad news… his marrow is showing more damage. We feel it best to back off and give some extra time before this next cycle to see if this helps relieve some stress on his bone marrow. The fear is that too much time in between treatment may cause the chemotherapy to be much less effective. There is no cut and dry answer here as we are not on any form of NB protocol, he's off the map as to how and when to dose him. Due to his platelets being so beaten down, we are bum 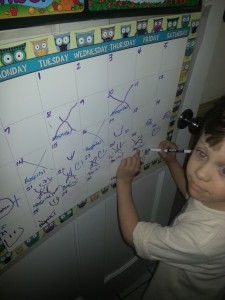 ping them each week in order to get him to a "mark" to administer chemo and that mark is not even half of where his counts should be to do these treatments. I'll use this as an educational moment… to give you an idea, a normal platelet level is 150K-450K for you and me. To receive chemo he should be >75K, but he is usually in the low 30K's… that is WITH the bumps from transfusions. We've learned that this is causing elevated MCV levels which can indicate early signs of myelodysplastic syndrome, which is a type of cancer in which the bone marrow does not make enough healthy blood cells and there are abnormal (blast) cells in the blood and/or bone marrow. This can be a precursor to AML, Acute Myeloid Leukemia. One of the statistics that you hear in the pediatric cancer world is that many children will beat their cancer, only to die from the treatments… chemo-induced cancers are the big fear and not curable. The very drugs we give to cure our babies, kill them in the end. Some children don't ever beat their first cancer before the next one manifests and this is their fear for Jake right now. (This is why we need so much more AWARENESS, research and milder treatments FOR children!) Because of Jake's history and marrow damage, he is a prime candidate for this.  We knew this was a possibility, but when there is nothing to draw from, you take what's on the table. Still, no matter how you've been warned, it stings. For now, we'll take this extra week to watch his CBCs, rest and juice him up on transfusions, and PRAY that his MCV levels drop while we try to decipher what we've learned.

With all that said, I don't want to end on a low note… I'd love 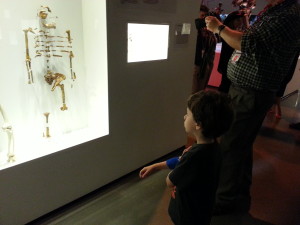 to share a few things… happy, normal things. I'm often asked if Jake is confined to bed or lives at the hospital. And as much as I say "we live there", we really don't. He's spends several days a week at the hospital and we go back and forth between Main Campus (Med Center TCH) and West Campus (Katy TCH) but he feels pretty good most days. Because his immune system is so jeopardized, he's very isolated, but he's all boy and full of life. Right now he's learning the calendar (days of the week/month) and on his own, he started adding smile or frown faces to certain days. You can guess what the frowns are for and it's helping him understand that we take each day as it comes and the hard days do pass. He would get up every day and ask, "do I have the hospital today?" Now he can head to his calendar to see the plan and prepare for those frowny days and enjoy his HAPPY face days. 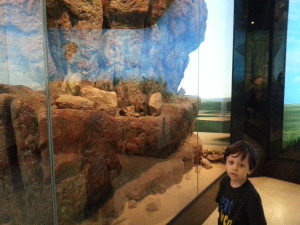 Speaking of happy, we had a few hours in between scans one day this week, so we headed to the museum when it was early and quiet to say hello to the dinos. It's always funny to see Jake run to his favorites first and then venture to things that catch his attention. This trip, he wanted to stop and actually read (have me read) a few that he's never paid much attention too and he stopped for a long while at the wall of homo sapiens. We didn't read much there, he just walked along the wall taking it all in. I can see there is a lesson coming soon. It made me think of Jake's love of Bigfoot so I went searching for this video from a few months ago and when I found it last night, I  watched it over and over and thought I'd share. We watch a LOT of Finding Bigfoot episodes and this is Jake's version.

I just LOVE this! At the time, I didn't know he what he was doing, just thought he was playing with my phone. Nope!  He was directing his own Bigfoot clip.I'll close soon but will first ask for prayer over all that we have learned this week and the decisions we have made for Jake's next six weeks of treatment. It's been a hard couple of weeks for our cancer family. We've seen two friends relapse, two lose their life to this disease, and another family heard those awful words of diagnosis. Please PRAY for all of these families! We head to Chicago mid-July with Jake and pray that we'll learn something new that may be available to him. The past couple of weeks were not easy for him as this last round of chemo threw him for a loop in a way we hadn't seen in quite a while so we welcome this week's rest and hope it will allow him to go into the next round swinging a little stronger, ready to jump that plane for Chicago. 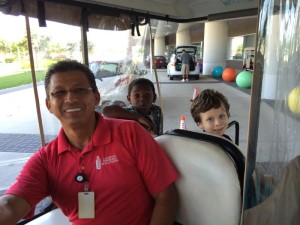 I'll sign off with this picture… this is our friend Fernando. He runs the golf carts at West Campus and has become a very special friend. He knows our schedule, watches for our truck to pull in each day, then drives up before we even open the doors. For most TCH visitors, he kindly picks them up and drives to the front doors but for Jakey, he makes an extra big circle of the parking lot, taking the corners super fast while Jake squeals with his hands in the air. Fernando has become part of our cancer family, he's a very good man, he prays for Jake, and at the end of many hard days, he's been there to lift Jake's spirits. Along with your prayers, I believe that people like Fernando keep our little fighter swinging back as the punches come, and we are BLESSED by the love and example of so many kind and gentle friends.

Be an example to the believers in word, in conduct, in love, in spirit, in faith, in purity. 1 Timothy 4:12