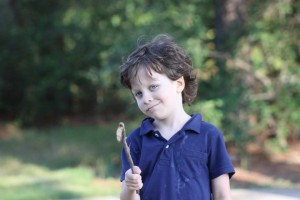 It's been a while since I've written… early September, actually… when we were told to "take Jake home and love him, make memories".

The past six weeks saw so many hospital days, too many, as he fought back fevers, his pain increased, and he needed blood, platelets, and host of meds and fluids to sustain him. But we were able to do some things that will give us gre 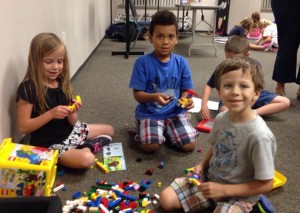 at comfort in time. For the first time in two years, Jake was able to attend Wednesday night church Grow Groups. To be included again meant the WORLD to him. In fact, the first week, he melted down when it was time to go, he loved it so much. He went to the movies with Daddy and the boys, was able to attend Nikolas' birthday party and actually PLAY the video games, and Daddy and I took him back to Disney for a day where he could ride his most favorite roller coaster, Thunder Mountain. Our cancer family came together and brough 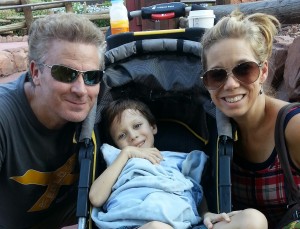 t Christmas in October. Just four days before he passed, Jake had his last Christmas, complete with snow, gifts, Santa, and a real reindeer. Most importantly, our family spent some treasured private time in South Padre, Jake's "faborit  place in the whole wide world". The weather was perfect, the beach was mostly empty, and although his pain was worsening, it was somewhat managed. We took him parasailing, "way, way up in the sky" and he absolutely LOVED it. Jake was in the water quite a bit and wanted to be out at the second sand bar w 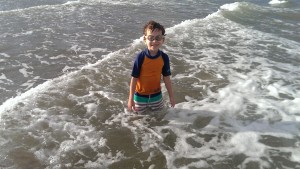 ith Daddy as much as possible. As we played one day, a storm rolled in. On one side, the sun shined so bright, on the other were these intense, dark clouds. Then, while the sun was still on us, the rain started. The big kids had just gone back out into the ocean with Daddy and Jake was sitting a little way from me, digging and building. The rain started softly for a while and then these big drops started falling… no thunder, no lightening, just rain. Far out over the water, a rainbow began to slide across the sky and grow. I bawled. And prayed. No, begged. I've never experienc 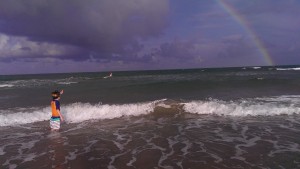 ed anything like that but I could feel God telling me He was coming for our son. He was giving us that last bit of time with Jake but He was coming very, very soon. Even though we heard that we needed to take Jake home and prepare, we were in denial… still making calls, researching, visting doctors, trying to find something that would offer enough time for a cure. At that moment there was a knowing in the depths of my soul and sitting in the wet sand with the rain coming down, I knew that Jake was truly leaving us. I sobbed that I knew He loves me, I knew He loves my son, but please don't take him back. As the rain came down harder, the sky lightened up and there was sunshine. Right then, my prayers shifted from begging for his life to begging for mercy, and for Jake to not suffer. When the rain finally let up, another rainbow slid across the sky right above the first. God had spoke to this mother's heart so purely.

In so many ways, those prayers were answered. Jake did suffer, but not the way many kids do, nor for as long. Those last days were not good to him and those last hours were so labored. Just hours before he passed, Henry and I were able to tell him that he was going to Heaven soon. We explained that we would be there to join him in no time. We told him it's like when I leave him for a play date and he's having so much fun that the time passes so quickly… and then I'm there to get him before he's ready… that's how fast we'd be there. It was one more step, our last step to this journey God laid before us… to prepare him… to tell him that it was OK to go.

Those last breaths replay over and over for me. I'm struggling to find peace in those final moments. In two deep breaths he slipped from this life, right there in our arms. All I could think is that he just got here, how could this be? There is nothing in the world that prepares parents for that moment of stillness. The world stops and blurs, everything is in slow motion. There is such brokenness and the ache is felt with each heartbeat… so much, that your chest feels physical pain. I'm told that it will become more bearable, never gone, just more bearable. There is a beautiful song that hit the airwaves a few weeks ago and it makes me cry every time but it also touches me in a way i can't put into words. I'm drawn to listen, I can't change the dial. I know what she means at the end and I'm trying to think of the breath of Heaven filling his chest, rather than his life leaving it.

~~It's one more step, just blink your eyes
~~You'll be home on the other side
~~Running down the golden streets
~~You'll hear a million angels sing
~~So one more kiss on earth is all that's left
~~Before the breath of Heaven fills your chest
~~And you'll finally see His face and find your rest
~~One more step

Everyday I pray for a sign from him. I'm trying to imagine him so engaged in all the things that he didn't get to do here that he just hasn't had the inclination to stop and check in yet. I know he will, he was like that. Such a momma's boy. He would peek in on me throughout the day, wherever we were, and say, "I'm just checking on you". Once he was content that I was still there and ok, he'd run back to whatever had his attention.

Henry and I have moments where we are ok and moments when the flood gates open. Yesterday morning, Kate opened a lunch box that we hadn't used in a few weeks and inside were these tiny little dinosaurs safely hidden. Then I remembered that one morning when we were preparing for the hospital, instead of taking his lunchbox with food, he loaded it up with the little figures. Part of me smiled at his little boy treasures and the other cried because I just miss him so much.

enry and I have talked a lot of the gift Jake was to us. He was a miracle. The whole pregnancy was scary and difficult but he made it. As a baby and we rocked, I knew that he was our child intended for ministry. I always felt deep down that he would do God's work in some way. In fact, I hesitate in admitting this but that feeling was so strong, it scared me. I actually prayed that whatever he chose wasn't dangerous, that it wasn't in some far off place where he could loose his life for his mission. Yet, in a way he did just that. He wasn't in some far off place, he was right in his own little boy world and it turns out that his work was special, and it indeed came with pain and hardship. I believe God was working through him and his story. So many fell in love with him, prayed with their families in new ways, saw God was in the middle of his journey. I'm trying desperately to find peace in that too. So if you ever have stories, don't be afraid to share them. You may get a few tears but mostly there will be joy that you remember Jakey and were touched by him. We gain strenght and comfort from your memories. I know he's playing in Heaven with so many of his little friends that were hand picked way too early and we feel his story isn't over… only God knows what that may be but for now we are blessed that his legacy is one that lead friends to Christ and hope that it will continue to aid in research and changes in pediatric cancer.

Before Jake passed, there w

as a benefit in the works called Just 4 Jake. He called it "his party" and it's this Saturday, Nov 1st, 2014 from 11 AM – 7 PM. He was involved in the planning and had big ideas for it. The day will be full of family and joy and you can come & go as your schedule permits. He was a little boy who loved to play so we invite you to come and celebrate Jake's happy life with us. You all are part of our family, We have been blessed by your prayers and love.

Soon, we'd like to share Jake's service day with you all. The balloon release was a celebration so incredible. So many came together to honor his short life but we see it more as one more way that God used Jake to bring people together in His name… it was a truly special, special day.

"You are of God, little children, and have overcome them, because He who is in you is greater than he who is in the world."  1John 4:4 (NKJV)